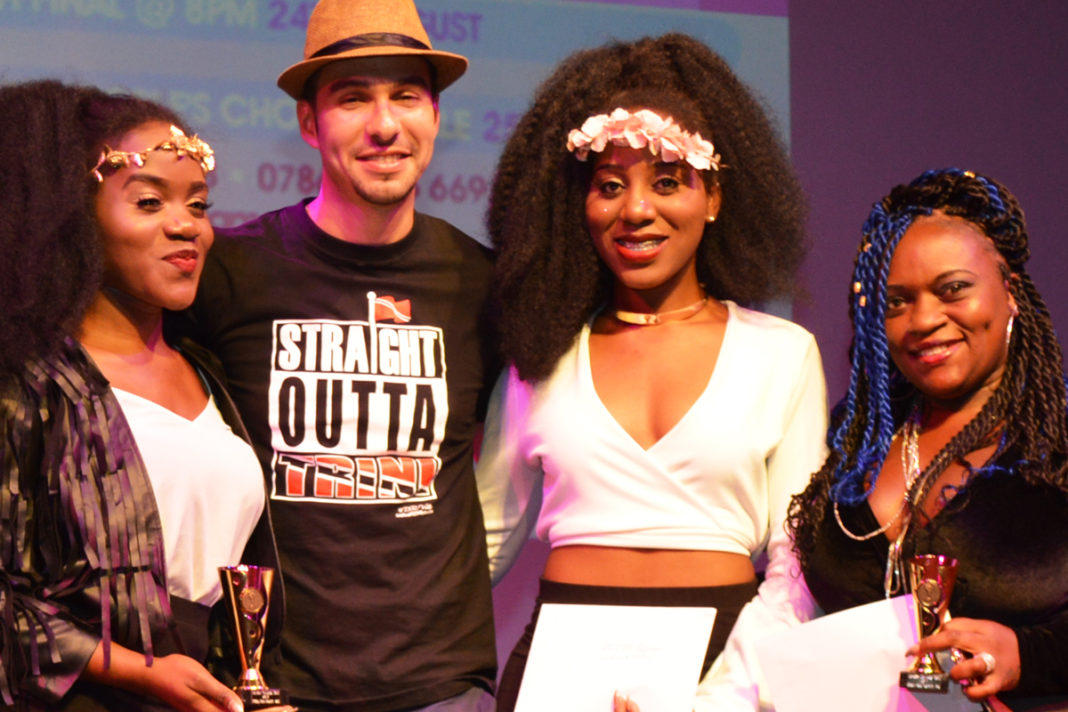 In a thrillingly hard-fought, close-run contest at The Tabernacle last night, Santiago emerged the victor with Feteing Fathers, a clever and quirky take on the effects of fatherhood on party animals. He made his point by pushing a pram on stage and sneaking in reworked nursery rhymes – “Mary had a big bam-bam”, “The bumpers on the bus go round and round”. It was typically entertaining fare from Santiago, and both audience and judges lapped it up.

Take It just missed bringing Sunshine and Nadiva the success they enjoyed last year with Unstoppable. In truth, it wasn’t quite as strong a song, but they gave it their all, starting with a verse beautifully rendered in acapella style before blasting into real soca energy. No sooner was the show over than the multi-talented sisters went off to rehearsals with Mangrove Steel Orchestra.

Many of us probably have a story that relates to the title of DeeVine’s third-place entry, Soca is to Blame. It was one of those songs you really need to hear more than once to appreciate properly. By contrast, Carlene ‘Sweet Wrist’ Etienne’s No Scene was a straight-down-the-line-high-energy, flag-waving, party-on-the-road number. As MC for the night Martin Jay commented: “That was bacchanal!”

Further down the list were two strong contenders for the UK Road March contest: G-String pumped up the excitement with Groovy in me Zone and Helena B, looking well and truly ready to play mas, got the crowd going with Feteing Cyah Done. Between the two in the rankings were husband and wife calypsonians Rev B and Brown Sugar offering contrasting approaches to the competition. The Rev’s gentle and romantic Loving You shows that soca doesn’t always have to be loud and frenetic. Some in the audience were surprised that Brown Sugar didn’t place higher with Whiners, a cleverly written and joyously delivered complaint about complainers.

All the contestants gave of their best and contributed to an excellent evening’s entertainment, which was loudly appreciated, though the crowd was disappointingly small. As usual, the artistes were backed by the fabulous ABC All Stars Band and the honeyed voices of the Divettes, looking especially striking in bright red outfits. The fact that only one or two points separated several of the entries gives some idea of the high standard of the competition. Let’s hope they get the attention they deserve from DJs on the road and on the air.

The prizes for 1st, 2nd and 3rd places were presented by Cllr Marie-Therese Rossi, Mayor of the Royal Borough of Kensington and Chelsea. According to Vincent John, chair of the Association of Calypsonians UK, which runs the London Calypso Tent, this was the first time RBKC’s mayor had attended the competition.

After the contest we were treated to McKenzie Hart singing When Jesus Says Yes Nobody Can Say No. Young as she is, she is utterly assured on stage and certainly knows how to connect with an audience. Appropriately, Triniboi Joocie brought the evening to a close with Las Wuk. Yeah, I fetin till I drop…!

Soca Johnny was due to sing Sweet Country and Scrappy was scheduled to give us Guilty, but neither appeared on stage. 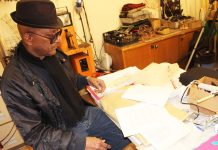 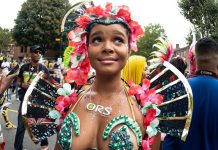 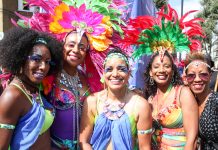 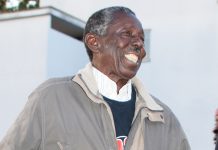 A passion for pan – a tribute to Frank Rollock Snr 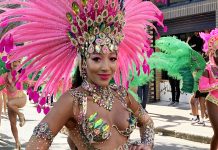